Oh, the Hurrell family.......
a long source of frustration and confusion in my Family Tree!!!  Most confounding for years has been the fact that Devon records were so elusive. Most Parish Registers were not filmed and available online, necessitating trips to Exeter or the Society of Genealogists in London to actually view them!! Rather a long trip from the West Coast of the US!  This was the early dark days of genealogy, but I became a better researcher for having to do the hard work!

For years I collected as much information as possible about the Hurrell family of Stokenham, Devon. This is where I could trace my 3rd Gt Grandfather Thomas Hurrell's birth to.  Luckily his parents names (William ad Mary) were found on a headstone at the Parish Church, which gave me some dates and names to go on. 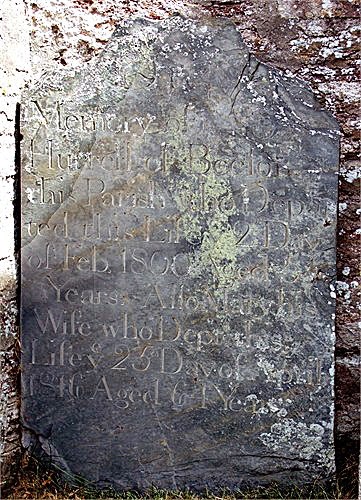 
By chance, Mary Hurrell also left a will with lots of information on downstream ancestors, and a puzzling clue about an Aunt, who left a legacy (that's another story!)

There were multiple Hurrell families in the general area, scattered in neighboring Parish's, but in my limited time in Exeter  and London, I wasn't able to research EVERY surrounding Parish manually (no digital images or indexes to help!!).  Thus, I couldn't put the families together and try and work out their relationships or travel up the tree from my 4th Gt Grandparents William and Mary Hurrell.

So, for several years I've put the Hurrell's aside and worked on easier lines, where I could search Parish Registers at the Family History Library in Salt Lake City or online.

The long drought of Hurrell information  has finally come to an end, with the release of Devon Parish Registers on Findmypast earlier this year!!   This has led to MANY late nights researching and putting the puzzle together!  It was like going back to the early days of joy and discovery with each new ancestor I found.

I am now back to 6th and 7th Gt Grandparents in the mid 1600's on this line, and have added countless downstream ancestors.  Using Findmypast in conjunction with Ancestry I've discovered whole new branches of the family, Royal Naval ancestors, and emigration to Canada.and Australia.

Baptism of William Hurrell 1713 in the Parish of Sherford, Devon (my 5th Gt Grandfather), showing his parents William and Elizbaeth (my 6th Gt Grandparents) 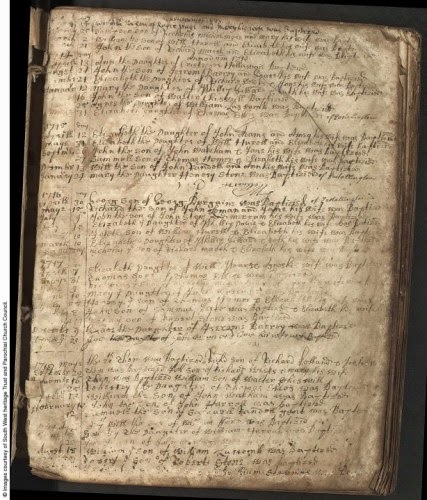 I hope that other researchers will now start working on their Devon lines, so there will be more collaboration.  At present the few family trees with Hurrell's are often full of wrong information due to the limitations of records in the past.

And now I'm on to further Devon research on the PEARSE family of South Brent.......stay tuned!
Posted by My English and Irish Roots at 5:23 PM