My Gt Grandfather's brother Samuel Pearse/Pearse has always eluded me.  He is last seen in the 1871 English Census, in Liskeard, Cornwall as a single, 23 year old Farm Laborer.  I always suspected that maybe he joined the Navy, since I have never been able to find him in subsequent censuses.  I wasn't able to find him in Navy records, either.....so sort of put him on the back burner, and moved on to other ancestors.

After a bit of a lapse in membership, I re-upped my Cornwall Family History Society membership, and had a quick look through their website.  Under the Monumental Inscriptions section, I put in Hurrell and Pearce in St. Ive.  I found some of my ancestors, that I already knew about, and then decided to look for Susanna Hurrell and her husband Henry Carew Pearse/Pearce, since I've never found their burials (despite having death registration dates).   No luck on Susanna, but lo and behold I found a Henry Pearce!!!


What a gold mine!!!  This is clearly my Henry, as date and age and place make sense!  And to find out that son Samuel was in New Zealand approx 1892 has helped solve a long standing mystery.

From there, I started searching for Samuel Pearce's in New Zealand -- found a few interesting possibilities. There is a assisted emigration for Samuel Pearce, age 25 of Cornwall, a Farm Laborer, and his wife Ann, age 29. They emigrated on "Salisbury" on 5 Oct 1873 from Plymouth.  This all makes some sense -- date and age wise. And to add to this, there is a marriage of a Samuel Pearse and Ann Hitchens in Liskeard Reg Dist in 4th Q 1873.  Ann Hitchens was a servant in Liskeard in 1871, born in St. Blazey --- so that makes sense also.  So, did they marry and then immediately set out for New Zealand, paid by the assisted emigration scheme??? 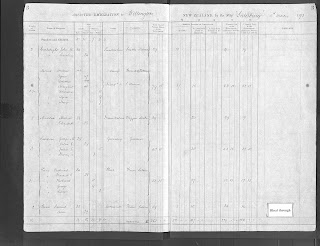 I have sent off for the GRO Certificate for the marriage, to confirm Samuel's father is Henry.   UPDATE: Yes, his Father is listed as Henry Pearse, Farm Laborer on the GRO Marriage Certificate.

There is a possible burial in Sydenham for a Samuel and Ann, who appeared to have 2 daughters. Samuel's probate is online also. 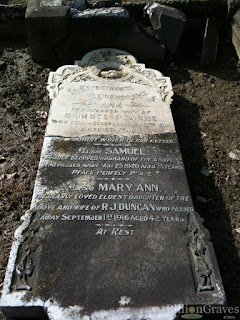 There are other possibilities in Electoral Rolls, and another possible burial in 1917 in Te Henui Cemetery in New Plymouth, NZ (North Island) in 1917 at age 69, which fits with his YOB.

More to follow....but so  excited to have finally found him!!

Posted by My English and Irish Roots at 9:18 PM