The newly released Catholic Parish registers from the National Library of Ireland have been an eye-test to be sure, but they are yielding some absolute gems!  One of those was the discovery of the marriage record from 1826 (yes, 1826!!!) of my GGG Aunt, Margaret "Peigen" Walsh to John Rainey in Gorumna Parish, Co. Galway. 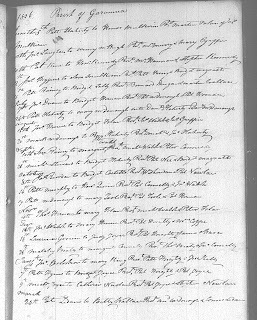 We knew they were married, but didn't have a date or place.....and wouldn't have thought to look in Moyrus Parish -- and beyond that, Gorumna is not a Catholic Parish when most Catholic registers begin, as it is absorbed into Killanin or Killeen.

The witnesses are listed as Michael Walsh (probably her brother) and Peter Conneely.

This obviously set me off looking for other relatives in this old time Gorumna Parish (which unfortunately only has marriage records) -- and lo and behold, I found an Anne Walsh marrying Tom Folan in 1828 -- with the exact same witnesses, Michael Walsh and Peter Conneely. 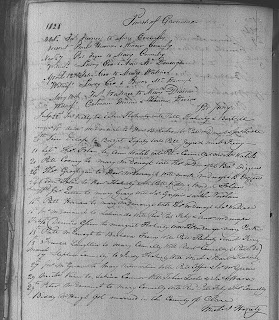 This fits nicely as Folan's lived next to Walsh's in Lettercalla as early as 1850's in Griffiths Valuation. And there is a lot of  conflicts between the Walsh's and Folan's all through the 1800's in the Petty Session records.  Lots of throwing of stones, threatening each other with death by hatchett, etc.  So obviously there was some bad blood between them!!

Next up, can I find any of spring of Tom/Ann, to further prove the connection via naming patterns, etc.
Posted by My English and Irish Roots at 7:53 PM